For a spontaneous early Mother’s Day gift, I got to go to a “pregnancy spa” and get an early gender identification ultrasound. So we can happily announce that it’s a…

Hannah has been praying for a baby sister even before we got pregnant, though we’ve confirmed she is still a little confused about what a sister is. Anyway, we’re excited she gets to have one! She came to the ultrasound with us and liked seeing the baby on the TV.

So we drew a name, and the winner of the contest is – Lydia! You win the privilege of naming the baby. Just kidding, but if you have any ideas, feel free to pass them along. I’ll be sending the real prize your way. Thanks to everyone who guessed! 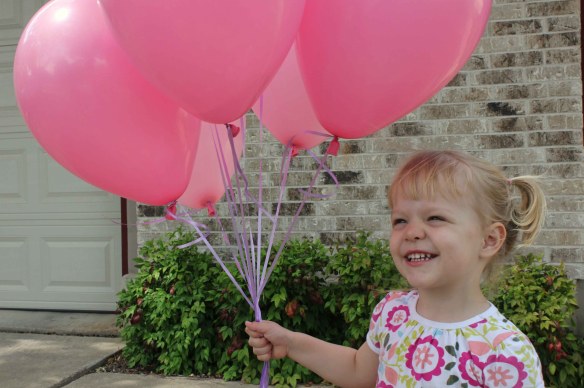 Children are a gift from the Lord.

We are nearing the midpoint of the pregnancy, and we are planning to finding out the sex of the baby. To share the fun, let’s make this interesting.

To enter, leave a comment on this blog post with your guess. Don’t put it off – just now through Sunday to keep it quick. After we find out, we’ll pick a name from those who guessed correctly. And the winner gets … a prize that is as yet a mystery, just like the baby’s anatomy.

Veggie adventures ahead! We got our first CSA basket last week. Community Sponsored Agriculture (CSA) works by getting a membership to a local farm – ours is Johnson’s Backyard Garden – and receiving a basket of fresh, organic veggies. We signed up to get a basket every two weeks.

We are excited about doing this because it combines a lot of the things we like about food – local, fresh, in-season ingredients and easy motivation to eat more vegetables. The farm offers recipes to go with the basket ingredients each week, so if a vegetable is new or a little weird then I’ll have some ideas of what to do with it.

Our first one had a lot of fun things in it (which Hannah couldn’t wait to check out):

So our menu this week includes salad, Thai pesto noodles, kale chips, fresh veggies for snacking, and this dinner: 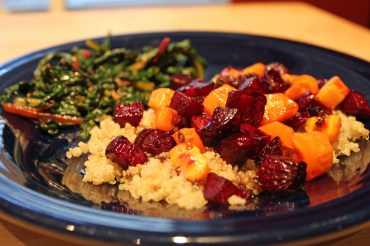 And I used a few of the spring onions for these, just for fun:

In the heart of Austin is Camp Mabry, the headquarters of the Texas Military Forces (the Texas Army National Guard, Texas Air National Guard and Texas State Guard). Every April they host a helicopter show, and this year we put it on the calendar.

Hannah loves all flying things, so we were pretty sure this would be a hit. Parking was busy, but we were able to take a little train from the lot to the main event area. Then we popped Hannah in the Bob (really glad we brought it since there was so much walking) and checked out the booths and displays. There were firetrucks and water rescue boats to explore.

We brought a picnic lunch and ate it while waiting for the main attraction – the helicopter rescue demo. It was a supposed hostage recovery simulation. First, a helicopter dropped guys to engage in the hostage rescue (about halfway through you can hear Hannah yelling, “yay! yay!” through the end, and turn your computer volume down a little before playing). Password is helicopter

Then a medic helicopter came to pick up the “wounded” soldier. This involved a guy hanging in the air then strapping the wounded soldier to him and then continuing on with both guys. I was referring to this as the “helicopter dangly rope thing” but then learned from my friend Vanessa (who has a lot of knowledge specifically about army helicopter medics) this is actually called a “hoist.”

And this was so incredibly cool that my pregnancy hormones took over and I started crying in the middle of the demo. Sheesh. Anyway, then another helicopter came and picked up the remaining soldiers on the ground. I didn’t get a picture of that because I was too busy crying or something.

After the helicopter demo was a K9 Search and Rescue unit presentation. This was all the stuff you see on TV – take-downs, drug sniffing, every command expertly obeyed. These dogs cost $7,000-$15,000 as puppies! That’s just for their genetics and personality, not any training. The handlers do all the training personally. I didn’t get any pictures of the awesome dogs because Hannah was demonstrating her lack of nap time, and we were just trying to keep her from stealing the Diet Coke from the lady behind us.

Anyway, it was a really fun day (though would have been miserable without the nice 80 degrees and slight breeze). Skipping nap time was a little rough as demonstrated by our attempt at a daddy-daughter shot in front of a medical chopper.

But everyone had a good time, and Hannah summed it up when we got home, “I want to buy a helicopter and Daddy will ride in it.”

I was nicely driving home from Chick-fil-A today, chatting with Hannah in the back seat. Then the jerk behind me was apparently unfamiliar with the procedure of four-way stops, and he didn’t appreciate that I remained at a stop and yielded to another guy who had the right-of-way. So he honked at me, waved his arms around and yelled, “Come on!”

Remembering I had a toddler in the back seat, I took a deep breath and just muttered, “Sheesh, chill out.” To clarify to Hannah, I said, “The guy in the car behind us is a little cranky.”

“Maybe,” I answered. “Maybe he’s having a bad day and now he’s cranky.”

“Mommy pray for him.”

I rolled my eyes a bit. Clearly, she didn’t understand the situation. This jerk-face just honked at me with excessive arm-waving and then revved up his car to dramatically pass me as soon as we were through the stop sign (that I’m pretty sure he didn’t actually stop at). But I didn’t feel right refusing her request.

“Dear Jesus, please help the cranky guy to feel better and be a safe driver. Amen.”

Nothing spiritually earth-shattering, but Hannah seemed content and we moved on with our drive home. And I wasn’t so ticked off any more.