I never wrote down Grant’s birth story because things got a little crazy. Because FOUR KIDS, y’all. But as we are at one year, I really wanted to get things down.

My labor with Violet was 7.5 hours and was 3.5 hours with Cora, so I knew a quick labor was likely this time. We thought we had a plan, but then I was diagnosed with group B strep. It’s super random; it’s not an STD or sketchy disease, and I didn’t have it with my other pregnancies. But it’s recommended that the mom get IV antibiotics at least four hours before delivery to pass to the baby in case the baby contracts the bacteria during delivery.

That’s no big deal for most people, but it’s a bit of an issue for someone whose entire labor is likely to be less than 4 hours. I discussed the possibilities with my midwife and she gave me the details of all options.

I opted to be induced so that we could have some “control” over the timing of the labor to ensure that I could receive the IV. This was a whole new experience since my previous deliveries were medication-free and intervention-free.

So I took this picture the morning of delivery.

The induction went smoothly and quickly. I’d been warned by friends that inductions are intense, but it felt like my others so I guess I’m just naturally intense. And meeting your baby for the first time is surreal and magical whether it’s the first or the fourth! 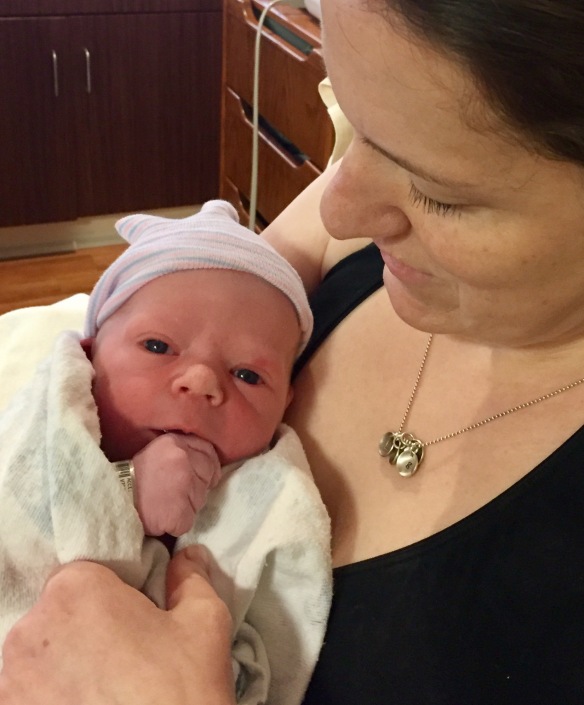 I got choked up thanking my midwife Michaela. I saw her frequently with Cora and the entire time with Grant, so we had a history and a connection. 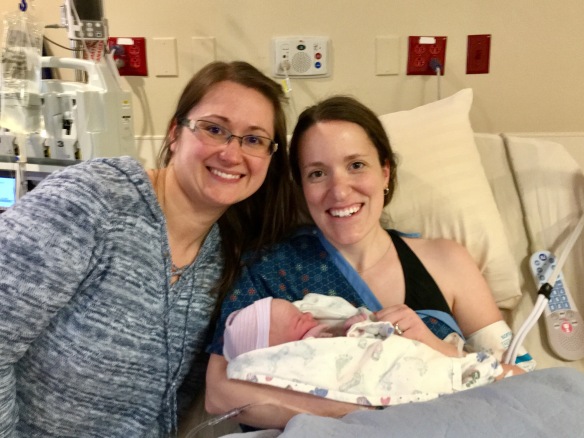 But the delivery is only part of the story I want to remember. Grant’s birth showed me how big our village is.

My in-laws took care of a cleaning lady coming for the last few months of pregnancy because of my painful sciatica.

My friends and neighbors showered me with so much fun boy stuff. 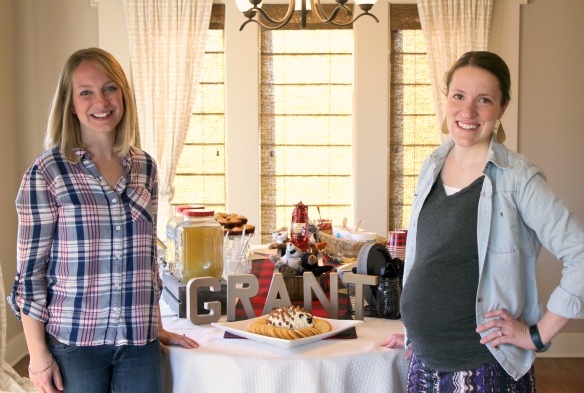 A sweet mom of another 1st grader drove Hannah home from school for several days.

My mom held down the fort with the three kids at home, then my sister was there the day we came home from the hospital.

I got to watch my nephew hold his five-hour-old cousin. At first he didn’t want to, but then he wouldn’t give him up.

A friend delivered at the same hospital the day before me, so we rejoiced together at the ends of our pregnancies. :)

My MOPS group plus friends and neighbors kept us fed for five weeks!! This was such an unforeseen blessing when I ended up spending two days in the hospital with Grant at four weeks old, and I didn’t have to worry about food at home since people were still delivering meals. Amazing!

The first four months of Grant’s life were really hard. He had reflux and basically cried and spit up all.day.every.day. He really hated the stroller and the carseat, so any outings were rough.

But we made it! And we’re so glad this guy is in our family.